Gotcha! I'm doing a little experiment: listing names that a lot of people are apparently searching online to see how many will stumble upon my blog. If you just stumbled on my blog and have the time and inclination to scroll down to see beautiful photos of the Rocky Mtns, read reviews of good books and some blog posts that have nothing to do with celebrities, please post a comment and let me know what you think.
Posted by sandy sanchez at 7:41 AM 1 comment:

The Lost Art of Reading by David Ulin

I highly recommend this little book, a long very entertaining and enlightening essay. If you read it, let me know when you come across the story about the author signed blank book that someone bought for a thousand dollars and we can share some ironic laughter. Meantime, a second edition of my first novel, The Nun published by Plain View Press twenty years ago will be coming out soon (www.plainviewpress.com) roughly the same time as the first edition of my last novel The Secret of A Long Journey (www.floricantopress.com ). .  . that makes for an interesting full circle.  Somebody scream.
Posted by sandy sanchez at 2:26 PM No comments:

So I've said that wessex collective (www.thewessexcollective.com ) is more interested in posterity than prosperity and that is why we'll discount books substantially and donate books to causes we support to get the books in the hands of serious readers who might otherwise miss them. We know our audience is a small one, people who actually WANT to be challenged (I once had a mss. rejected because it was too "challenging" and a story criticised because it "used characters to make a point" imagine that!) . . . but we want to get the work we considered important enough to devote our time and energy to creating, publishing and promoting out to readers who will appreciate it because we understand how important the great books we read were to us. So, all that by way of introducing some remarks about POSTERITY I recently rec'd in an email from my friend and favorite writer, Ita Willen.  She said:
"listen our deafening silence problems are not new. I've been reading a lot of biographies. CHOPIN had a hard time getting anyone to listen, as a performer he seemed weak with his barely audible music, selling sheet music was hard too, waltzes were in vogue, he survived by giving piano lessons. GEORGE SAND her soap opera novels found favor but she ruined Chopin's life and destroyed her kids lives too. LORD BYRON independently wealthy, got attention for his work through his scandalous behavior, a total degenerate. SHELLY Independently wealthy, his work was not recognized until after his death. . .  Abandoned a young pregnant wife and two small children to run off with Mary. The wife committed suicide by drowning. RIMBAUD'S entire fame rest on 500 copies self published, couldn't afford to pay the printer and the stash wasn't even found til 50 years later, long after he died. And we all know about poor VAN GOGH who couldn't sell a painting to save his life.  So the loud silence doesn't bother me a bit. I once saw a cartoon in The New Yorker: two men at a cocktail party. Says one: "Why should I do anything for posterity? What has posterity ever done for me?" That is when I completely gave up trying to create anything for the unborn. And yet it occurs to me now that posterity HAS done something for me. It's given me Chopin, Sand, Byron, Shelley and Van Gogh."
Posted by sandy sanchez at 7:45 AM 1 comment:

Email ThisBlogThis!Share to TwitterShare to FacebookShare to Pinterest
Labels: POSTERITY 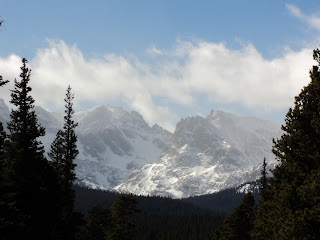 Posted by sandy sanchez at 3:10 PM No comments:


Lucky Shot
By Sarah Leamy
Published byStrategic Book Group
ISBN # 978-1-61204-684-6
After reviewing Sarah Leamy’s book When No One is Looking for bookpleasures last spring I was very eager to read her new book,
Lucky Shot, a Novel of Sex, Death and Photography.  I was not disappointed. It is said that a picture is a worth a thousand words and in this novel, the protagonist is a photographer (click). Leamy’s prose is lean, almost stacatto at times, and creates a series of pictures in the mind’s eye of readers. What another writer might need thousands of words to describe, she can describe vividly in far fewer words. Reading her fiction is like viewing a film, you hear the voices, see the facial expressions and body language and feel each character. The style swings along in an easy, engaging rythym, and as a reader I feel like I’m dancing along with the characters to my favorite music.
An important theme in this novel is the right of patients to make end of life decisions and of course the importance of making sure there is someone to implement the patient’s desires if and when the patient can no longer express those desires. The author handles this situation in a loving but matter of fact tone, that does not seek to overdramatize (because she knows that is not necessary) this most serious and inevitable part of life: its end.
Just like Joey in When No One is Looking, Lucky Phillips in Lucky Shot has difficult childhood memories to deal with in order to live joyfully, and just like Joey, Lucky manages to do exactly that.These characters emerge from difficult journeys triumphant and ready to face the next phase of their lives and the reader emerges feeling privileged to have been invited along on the journey and eager to continue the next phase of it.  Not surprisingly, I am really looking forward to reading the sequel to this book, Lucky Find, Looking for Family in Far Off Places,  wherein Lucky will search for the sister he didn’t even know he had. Lucky Find is due out in 2012 and you can read more about it and author Sarah Leamy at: www.sleam.com.
I think perhaps the author creates her characters as a lens to learn about life herself. In any case, the reader is enlightened as well as entertained by these insightful shots of people showing vulnerability, fear, love, generosity and joy.
Posted by sandy sanchez at 7:51 AM No comments:

www.badassbrooklynfosterdog.blogspot.com  check it out!
Posted by sandy sanchez at 9:19 AM No comments:

Check out latest blog @: www.healingmusecafe.blogspot.com  and find out how to purchase the latest issue of this really admirable literary journal.
Posted by sandy sanchez at 11:01 AM No comments:

check it out on Mary Saracino's blog: Motherroot
Posted by sandy sanchez at 1:58 PM No comments: